You are here:
May 26, 2020BusinessBy Fermanagh Enterprise 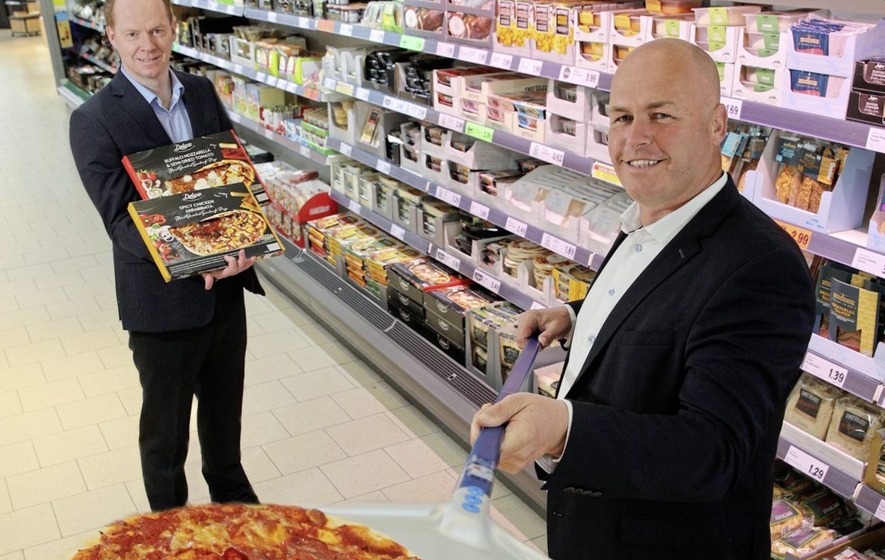 FERMANAGH-based bakery Crust & Crumb has secured a mouthwatering deal worth £24 million to supply 20 new lines of pizza across more than 1,000 Lidl stores in the UK and Ireland.

The firm, which is Ireland’s largest manufacturer of ambient, chilled and frozen dough-based products, has been a preferred supplier to Lidl since 2013.

And it says the new deal will be a springboard for further export growth later this year.

Crust & Crumb operates from two major production facilities in Derrylin (one of which is a gluten-free site) and a further site in Ballyconnell, County Cavan, which it opened last year.

“We’re delighted to expand our partnership with Lidl Northern Ireland. It has enabled us to access new markets and expand our customer base across the UK and Ireland, supporting our ambitions for export sales to additional EU markets later this year.”

Conor Boyle, regional director of Lidl Northern Ireland, said: “From small beginnings we’ve built an outstanding relationship with Crust & Crumb and are thrilled that this new contractual arrangement will bring its great-tasting, quality, locally-made products to thousands of new consumers.

“An innovative company with renewed capacity for growth, we see the hard work and commitment by its team of staff and are proud to support its expansion.”

Last year, as part of its 20th anniversary in Northern Ireland, Lidl commissioned an independent report which indicated that it spends £290 million annually with suppliers across the north and supports 3,500 jobs.

John Hood, director of food & drink at Invest NI, said: “Crust & Crumb is a highly ambitious company which we have supported since it established almost a decade ago, and this announcement is testament to its sharp focus on innovation, which has been the driver in helping it to increase its product range with Lidl.”

Coronavirus: Investment boost for Boatyard Distillery as it moves into sanitiser
June 22, 2020

You can find out more about which cookies we are using or switch them off in settings.

This website uses cookies so that we can provide you with the best user experience possible. Cookie information is stored in your browser and performs functions such as recognising you when you return to our website and helping our team to understand which sections of the website you find most interesting and useful.

Strictly Necessary Cookie should be enabled at all times so that we can save your preferences for cookie settings.

If you disable this cookie, we will not be able to save your preferences. This means that every time you visit this website you will need to enable or disable cookies again.